Rise of Islamophobia compared to the LIT text Home fire.

The book in multiple moments in the book, for example, At the very start of the chapter, the author shows us how Isma has to undergo special interrogation at Heathrow because of being Muslim (although the actual reason is that his father had gone on to join a terrorist organisation). Through this, the author presents the inherent Islamophobia in society. In today’s world this a common problem that happens to multiple Muslim people who wear a hijab. This is a prime example of how this book portrays the rise of the Rising of Islamophobia in today’s society. This also brings in the idea of how Muslim people are stereotyped into a category, a category of being a threat.

Another example of when the book  ‘Home Fire’ portrays the rise of the Rising of Islamophobia in today’s society is in later in when the chapter begins with the second interaction of Isma and Eamonn. Eamonn the son of a politician in the UK. A politician who Isma’s family didn’t have good relations with as they were targeted for being Muslim. In this part of the chapter, Eamonn displays seemingly little knowledge of Urdu and Pakistani culture when he mentions to Isma’why do you wear that’ referring to her Hijab. This relates to Islamophobia as most people don’t bother to even find out why people wear the Hijab, that it is actually their choice, and they are not forced into it. Instead, Muslim women are forced by the people to take it off; that shows how little people care about religion to the point they don’t even know anything about it. 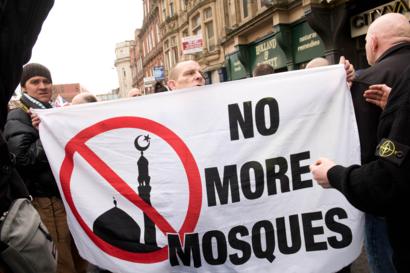