The 11th doctor from Doctor who:

This is a fictional character for the 19 tv series Doctor who, this is about an alien life with a human body, who has multiple afterlives after death, who goes on various adventures all around the universe in his tardis, the teleportation device he stole from his planet. I picked this fictional character as I used to fantasise his existence, for the sole purpose to ask him questions about his past stories, experiences and whatever springs up to me at the time. His knowledge of the world seemed too good to be true, and being able to invite him for dinner, is a dream come true.

He is the former Apple CEO who died recently. He designed the first iPhone, and as he died rich he died with regret of wasting time not spending it with loved ones. I would invite him for my dinner as towards the end of his life he seemed to regret all of his doings and wish he could do over, and someone wishing to do over who died rich and famous must have good reasoning to do so. I would mainly pick him to listen to the advice he would give, I would obviously not follow his advice rigidly as I would never want to live someone else life but I would take in his advice from a neutral perspective, and use it at times I can. 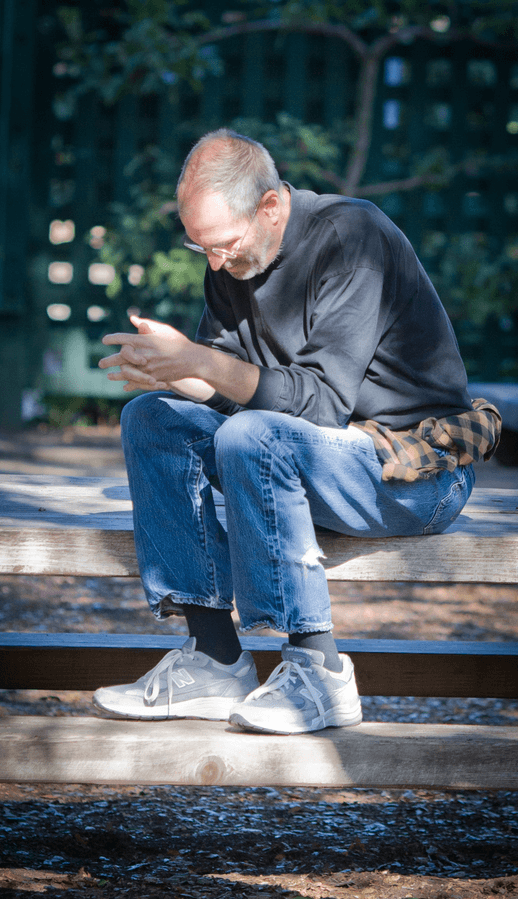 Vincent van Gogh is an artist from the 18 century who took his life and only became famous after his death. He may not seem like the best historical figure to invite to a dinner party due to the fact that he suffered from some sort of seizures or crises. I would invite him for my dinner as I would want to know what went through his head at the time, why did he paint what he did, what did he have nightmares about, maybe even is possible to ask him about if he knows about his fame and how does he feel about it.

The link below is to an infographic I made about Liza Donnelly.

To discuss this topic I have picked these two advertisements. In the first advertisement, there is a chocolate egg and on top of the egg, it says, ‘ Be a good egg. Treat your daughter for doing the washing up’. This advertisement indicates that women are meant for housework, to stay at home to work in the kitchen, take care of the kids etc. It mainly promotes the Idea that women are meant to work their lives in a house and the rest should be left out for the men. In the second advertisement, there is a lady holding a fizzy drink with the captions saying ‘ You mean a woman can open it?’, this is stereotyping that women are weak and usually they cannot do simple everyday things, such as opening a jar or fizzy drink. It promotes the idea men are stronger while women are inadequate.)

Both advertisements have a similar message to the common public that women are domestic servants; they need to work indoors as they are weak and cannot perform well in the outside world, in men’s positions. They both indicate how women are less dominant and their lives surround being a domestic servant to the men in their lives.

One of the global issues they provoke is in the Cultural, Identity and community. I feel that women don’t have their own identity. They are all raised un in a world where they are automatically in a culture where womens’ job is to be a servant for men that they are inferior to men. They have no say as they are raised up with this idea in most places, for example in India this culture still exists and thrives in rural areas. This demotivates them from their goals, almost making them think that their main purpose is to support men, take care of the home and other household duties that come along, limiting them from taking their full potential.

This representation of women is extremely bad as it sets a bar for women. Almost like an invisible wall that doesn’t only demotivate women to do better but also prevents the women who try to be better, who actually try to get the best position they can, are stopped because of their representation. They gain the image that they aren’t as good as men. These type of advertisements have given women a terrible reputation that now affects millions in their daily life, from getting jobs to their mentally demotivating them.

I found Danny’s story of how he had to fight cancer, keeping it away from his parents, having to live off his earnings from only doing art. When I first heard about him and his life, it sounded like something out of a movie and I expected to be let down; but I was intrigued by how thoroughly he kept me connected. I love the way he was able to fight back cancer and start painting again

Me! In his eyes, he is loyal, trustworthy; in others eyes a

Snake.  He forces or arranges the world to revolve

Around him, by trust braking, as he breaks

People; FRIENDS! But blinded, he sees none of

his doings in his eyes!

Messing other lives that he should not.

People losing his trust, stab by stab,slash by slash;

Living up to a nitwit, although he is more;

more of a human.  OR perhaps from eyes on him, he is

Starting up, business, Initiative; these words come to your mind when you think about enterprise, or even economic which similar to enterprise but there is a whole lot more to it, just as my grandfather’s goal for success wasn’t any other success story.Enterprise means taking your goal and not being afraid to send them out into the real world.And taking initiative to make advances you want to see. You also have to make calculated risks, as in seeing how many people there are in the market you want to put your product in comparison to how much income you want; and also be able to have a backup plan in case everything goes south. Enterprise can start from anything or be anything; it could be a lemonade stand that becomes a big chain like Jamba Juice. You should also be able to see the pros and cons of running your business and have a hand full of skills such as patience, bravery, being sharp, not persuadable ect. Equipped with some of these skills was my grandfather and after a long wait, he began to see success at the age of sixty.

For my Grandfather he lived in Kuwait and he didn’t really have any money and at the age of twenty he got the job of a typewriter to which he stayed with for ten years to when he got the second highest position; but he never really like the job so he left and started a small catering company that catered, water and food to container ships that began to grow into a big business and at after a few years he bought a brought to make the catering easier but by the time the boat arrived they had started making docks for the container ships making the government take away the ship or give a hefty rent for keeping the ship at the dock.

He saw there was trouble but luckily he was investing in a banana plantation in Africa using loans but that summer there was a drought so he earned nothing putting my grandfather in debt and as he had no money in jail, when he got back he started a new catering company; catering to hospitals that grew but from experience he started to invest. His catering company grew and he kept on investing but he was investing more than he earned so that he had a strong plan B.

After nothing could go wrong, well that’s what he thought; a war began, the gulf war began forcing him to leave his company and move to Goa, India the place he was investing in. He had bought land and started to build a hotel and restaurant that at first did terribly but after a decade started to grow into what it is now, The holiday inn resort Goa and Fisherman’s Wharf  which is now a chain restaurant and at this point my grandfather knew he was done and passed it done to his son my dad.

First days aren’t easy, especially when your first day is in high school. But actually it was easy, same faces, same subjects even same class rooms. I expected it all to go down like the first day in a new school, but it’s basically the same feeling after a long holiday.

Yeah, the subjects are harder there are new teachers and more important tests that now matter as they will be needed to help you get into a good university. But most of it all begins in grade 8 from the friends you make to the subjects you choose. You could get friends that help you and give you a good influence and carries you to the top or you could be friends with the others who give you a bad influence which isn’t the best thing in 9th grade.You could also stick with the subjects that you’re great at and play it safe or take the risk by trying new subjects.Your schedule also matters as if you don’t have enough time to study you could be in a bit of a pickle.